All animals need sleep; some need more and others less. There are also many strange ways of sleeping in the animal world. You are going to explore the top 10 animals with strange sleeping habits in this article.

We are focusing on the ten sleeping styles used daily by the different animals in the world. We will go through the animals like Dolphins, Ducks, Flamingos, Elephants, Sharks, etc. The way dolphins sleep is one of the most extraordinary! People don’t need to think about which time they need to breathe in the air. But dolphins deliberately take oxygen at appropriate intervals by going to the surface. Dolphins have an extraordinary ability that allows them not to drown in their dreams: they sleep by resting only half of the brain at a time.

Usually, dolphins swim and sleep simultaneously and often next to a mate so that each side has a watchful eye. When one side of the brain is awake, the corresponding half of the body is alert, which also means the eye. When the right brain is at rest, the left brain is active and ready to detect imminent dangers. Four-finger Meerkats sleeps in a hierarchical pile. Four-finger Meerkats living in the Kalahari Desert of South Africa are social animals, usually one leading pair in the herd that reproduces. In communities up to the size of 40 individuals, all members take care of the chicks of the dominant female.

The female of the dominant pair is precisely the leader of the herd, which is also indicated by the way the four-finger Meerkats sleep. The herd’s nest is in a complex cavern dug underground, where they gather as night comes. Four-finger Meerkat sleeps in a large pile to stay warm. The guards on top of the animal shed will never reach the stages of deep or rem sleep, as they must be on alert.

The higher the hierarchy of the herd, the deeper the animal is. Of course, the leading female is at the bottom and gets the sweetest dreams safe from the beasts and the coolness of the night. Ducks line up to sleep. There was a belief that they would almost always sleep with one eye open in the past. Ducks also know how to sleep by resting only half of the brain. Biologists and sleep researchers at Indiana State University decided to find out how common semi-sleeping is?

Mallard ducks got selected as the research subject, which, like their other close relatives, sleep in rows. Ducks settled on the night tree, and however, they got seen scattering in the duckling.

Those who slept at the ends of the row kept open the eye. The eye is pointing in the direction of the other ducks. Flamingos sleep on one foot because it’s easier. Many birds, including mallard ducks at the previous point, sleep on one foot. That’s because they save energy. Heat loss from featherless legs is high, so keeping at least one close to the warm body and large blood vessels reduces energy consumption. This way of sleeping in the bird world got also used by Flamingos.

For a long time, people thought that the reason was staying warm. The theory only slightly limped when scientists determined that Flamingos sleep on one foot, even in the tropics.

It also got thought that sleeping on one leg reduces the bite of parasites into the skin of the legs, but Flamingos live and dine in really alkaline waters, which is why their legs get covered with thick scales. It is almost impossible to get a bite or sting through the skin.

Sleeping on one leg is a natural reflex of Flamingos that helps them maintain their balance and keeps them from falling over. The strange sleep rhythm of walruses. All animals sleep almost every day without exception. Of course, there may be conditions and situations where sleeping is impossible, but the need for sleep is daily in terms of health.

But that’s not the case for Walruses. These giants of the Arctic seas regularly remain awake for up to 84 hours straight for no compelling reason whatsoever. They show no signs of fatigue in search of mussels and other edibles during that time.

However, the most fun way walruses sleep is what unites the best of both worlds. The head of walruses stays afloat, and the rest of the body gets rocked by waves. Elephants sleep while they are standing; a heavy body is not lifted from the surface of the earth very quickly, so sleeping on the ground is like an invitation for beasts to arrive to dine.

Giraffes, zebras, and horses can also sleep while standing because this way, it is easy for them to move from their hunters. They lock their feet straight so they can fall to sleep in peace without fear of falling, but at the same time are ready to go if they have to crash away quickly.

According to scientists, low sleep on the ground is due to the large size of the elephant and body weight. Basically, Elephants sleep while standing because it is easy and convenient for them to move and feel safe. 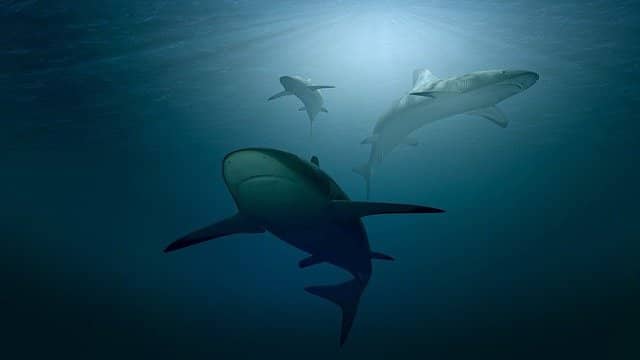 Sharks sleep against the tides. There is a common misconception, however, which is based on fact. According to the misconception resulting from incorrect information, Sharks never sleep because they have to swim to stay alive constantly.

The latter part of the sentence is valid for many shark species. They need to keep moving because they cannot pump water but take the oxygen they need from the water passing through the gills.

Sharks never get into the same deep sleep as humans, but part of their brains hibernate. However, a study of smaller species of sharks, such as horn sharks growing to one meter in length, has uncovered something.

Swimming with horns comes from the spine, so to speak, i.e., it is coordinated by the spinal cord partly without will. In this case, the shark can go to sleep, as the brain can be left cloaked and the oxygen supply is still not compromised.

The sleep and hibernation of the great white shark got studied; at the appropriate distance, of course. Sometimes they tend to rest in areas where undersea currents come towards them. Then they can swim almost stationary, and despite this, water flows into their gills, allowing for a decent moment of rest. Sea otters sleep hand in hand. Sea otters have the densest fur. Sea otters do well with an advanced isolationist brilliantly in cold water and can spend their lives in the sea without ever stepping on dry land.

So that means they also sleep in the water. Sea Otters have an affectionate way of holding hands while sleeping. In particular, the mothers grab their son by the paw so that it cannot travel too far – the sea otter female does not run out of hands, as it only gets one chick.

Sea otters can also wrap themselves in algae so that they can carefully close their eyes without fear of waking up somewhere in the open sea. 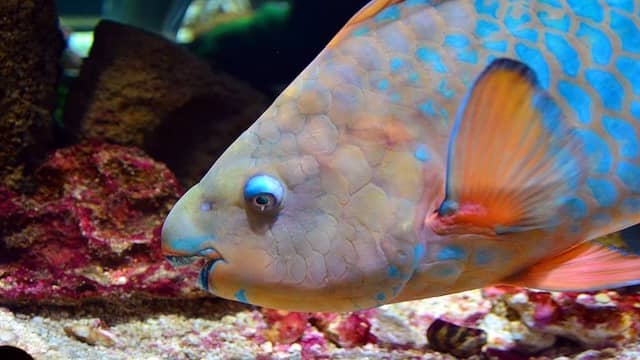 Parrotfish sleeps in its slime bubble. Parrotfish live in the tropical waters near coral reefs and are even special creatures without their fantastic way of sleeping. Among other things, they can change their gender and grind and eat coral with the help of their stiff upper jaw.

When night arrives, special glands are activated in the gills of the parrotfish, secreting a protective mucus bubble around it. Inside it is comfortable with water logs.

Scientists have been interested and puzzled for years about why a parrotfish makes such a bubble. It has been thought that mucus would protect against predator attacks or even sunlight, acting like sunscreen.

Most likely, and proven in studies, is that the theory is related to parasites. During the day, the Parrotfish do not have to worry about blood-sucking grafts, as the Cleaner fish constantly patrol around the parasites before they can attach to the skin of the other. But sometimes, even Cleaner fish have to sleep, and then Parrotfish are left at the mercy of parasites. The Alpine birds are found in Central and Southern Europe, North Africa, and India. It is the bird that stays the longest in the air for one call. Eating is done on the fly, as there are a lot of insects in the air to catch.

But sleeping is a more complicated thing. They can fly very high, during which they go to sleep. However, they do not go unconscious because, as you might have already guessed, migratory birds can sleep half of the brain at a time.

However, at the time of the alliances, they can momentarily get into a deeper sleep. For many migratory birds, so-called power naps, which they take several times a day, but only for a few seconds at once, are also enough to rest.

Sleeping in flight is not only the ability of small birds, as giant albatrosses, which spend most of their lives in the air, sleep about 42 minutes a day but little by little and half with the brain, of course.

So, these are the top 10 animals with strange sleeping habits. Nature is full of mysteries, and there are a lot of strange activities that we can find in nature. It’s strange and full of curiosity when we encounter strange things that prevail in the natural habitat.

I am a creative and enthusiastic article writer who loves to write articles in different niches. I love to write with my creativity, research, and experience.